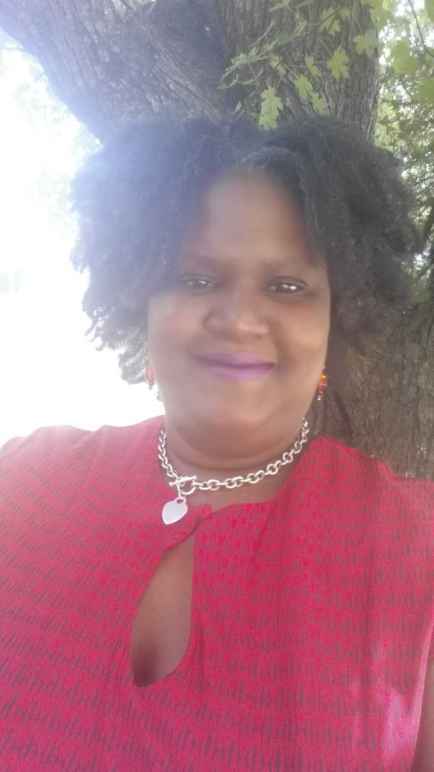 Janae Gatson, affectionately known as Justice, was born and raised in Kansas City.

She is the Kansas City-based organizer for the ACLU of Missouri, working to develop and deepen community relationships across the western part of the state.

At 14, she was the youngest person in the state to obtain an FCC license and host two weekly radio shows until she left for college. Justice has a foundational background in radio, television, and print.

While attending Bennett College in Greensboro, N.C.,  Justice immersed herself in college life and immediately began working to improve the lives of students on campus. Several years later, Justice came back home to Kansas City.

Justice has worked on numerous initiatives and campaigns on issues that affect the lives of people. From advocating for victims of domestic violence to protesting unfair policing practices, Justice has been active in the fight for justice and equity. She has led trainings and workshops on various social justice topics.

As a doula, Justice has worked on issues of birth justice, infant and maternal disparities. As a Community Health Worker and Certified CPR Instructor, Justice is a trusted member of the community and is known to operate with integrity.

Justice is a social justice advocate who believes in an intersectional movement that centers and uplifts the voices of the most marginalized groups.  As a black woman living with a disability,  Justice understands how issues are complicated by multiple factors that become barriers to those who already face many obstacles.

Justice is the founder of Reale Justice Network and core member of One Struggle KC. Justice also serves on several boards and committees for various organizations both locally and nationally.

Justice earned her bachelor's degree in mass communication from Bennett College in North Carolina. She has a passion for protecting the civil liberties of all and is excited about her work at the ACLU.