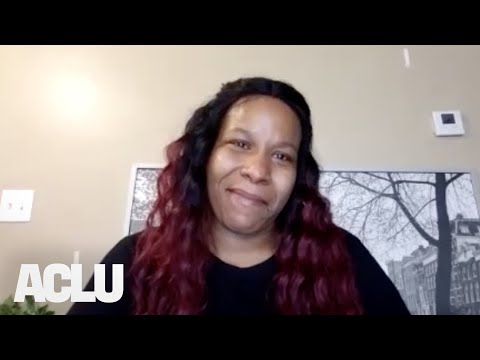 KANSAS CITY, Mo. — The ACLU and ACLU of Missouri filed a federal lawsuit today challenging the Jackson County Circuit Court's administrative order that says it implements the Centers for Disease Control and Prevention’s nationwide eviction moratorium but instead permits eviction cases to move forward in violation of it, putting hundreds of Missouri tenants at risk for eviction in violation of federal protections. The Jackson County Circuit Court’s order directly conflicts with the CDC’s nationwide eviction moratorium by allowing landlords to file and pursue evictions — regardless of whether the tenant sought relief under the federal moratorium — and by violating tenants’ due process rights. The lawsuit was filed on behalf of KC Tenants, a local grassroots organization that seeks to advance fair housing access to renters.

“Every tenant deserves the right to safe, accessible housing,” said Tara Raghuveer, director of KC Tenants. “The Jackson County courts are allowing landlords to strip tenants of that right by evicting them in the middle of a pandemic and economic crisis. It’s inhumane and unconstitutional. We will continue to organize and fight back to ensure all Jackson County tenants have access to the safe, stable housing they deserve.”

Evictions overwhelmingly impact people of color, and particularly Black women. Evictions have long term consequences that further systemic inequalities in housing and education, and make women more vulnerable to domestic and sexual abuse. The ACLU Women’s Rights Project and Data Analytics team found that, on average, Black women renters had evictions filed against them by landlords at double the rate of white renters (or higher) in 17 of 36 states.

“The order from the federal government is clear: People should not be put out of their homes during a global pandemic,” said Sandra Park, senior staff attorney with the ACLU Women’s Rights Project. “Evictions will disproportionately harm communities of color, and particularly women of color. All residents should have access to safe and stable housing throughout the course of this ongoing public health crisis.”

“It was a relief when the CDC halted evictions to slow the spread of COVID-19 by allowing people to self-isolate, keep social distance, and avoid homelessness,” said Tony Rothert, legal director of the ACLU of Missouri. “It is disheartening that the Kansas City courts are flaunting the federal government’s directive even knowing it will have an especially harsh impact on communities of color, particularly women of color.”

The CDC issued a nationwide moratorium against evictions for nonpayment of rent on September 4, 2020. The CDC’s moratorium prohibits and halts all stages of such evictions for tenants who submit a declaration confirming they meet the income eligibility requirements, are unable to pay full rent due to income loss or medical expenses, have sought government rental assistance, are likely to become homeless or move into shared housing if evicted, and promise to make partial payments when possible. The Jackson County Circuit Court’s order allows landlords to defy this moratorium and persist in evicting tenants by subjugating them to overly intrusive and potentially retaliatory evidentiary hearings and forcing tenants to testify before the courts during a global pandemic. Landlords have taken full advantage of this by challenging tenants’ declarations in the vast majority of pending eviction cases in Jackson County.

This case was filed in the United States District Court for the Western District of Missouri. This case builds upon the ACLU’s past litigation and advocacy aimed at eradicating housing barriers for low-income women of color, and particularly Black women, due to prior eviction records.