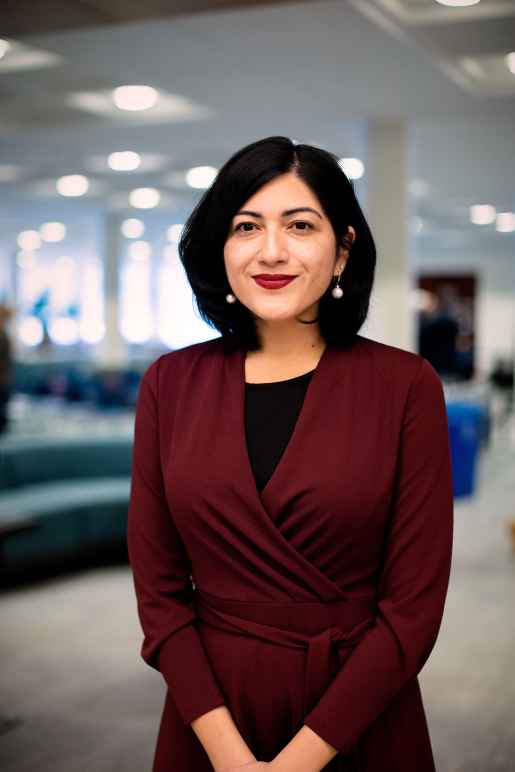 Luz María Henríquez joined the ACLU of Missouri as the Executive Director in 2020.  She is the first Latinx Executive Director of the affiliate.  In her time at the ACLU of Missouri, she has worked to strengthen the affiliate’s impact on priority issues by integrating the organization’s advocacy work to address civil rights and liberties.  Luz seeks solutions to issues as they emerge, and to advance change in the decades to come.

Luz graduated with a bachelor's degree in political science from the University of California, San Diego and went on to earn her Juris Doctorate from the University of California, Berkeley School of Law after completing her third year as a visiting law student at New York University School of Law. In New York City, she worked at the firm Hogan Lovells for six years, where she gained experience in litigation and pro bono work.  She received the law firm’s Pro Bono Associate of the Year Award in 2013.

Luz moved to St. Louis in 2014 and joined Legal Services of Eastern Missouri as a staff attorney in the Children’s Legal Alliance Unit.  She subsequently founded and managed the Education Justice Program at Legal Services of Eastern Missouri, which seeks to advance education equity and preserve the civil rights of students.  She was the lead attorney on landmark education cases in Missouri, including a matter involving the rights of students experiencing homelessness which sought to correct the disproportional impact of educational deprivations on communities of color.  She managed the Education Justice Program until 2020, when she joined the ACLU of Missouri.

Luz was born and raised in Southern California to undocumented immigrants from Mexico. She witnessed early on in life how marginalized communities are excluded from accessing opportunities and resources and denied equal protection under the law.  She is the proud parent of an elementary school-aged daughter, who is Luz’s driving force and daily inspiration.