The ACLU of Missouri’s Liberty League is a way for community leaders to publicly state their support for the constitutional rights of all Missourians. Liberty League Members commit $1,200 or more each year, receive special insider communications, briefings and invitations to exclusive events.

The fight for civil liberties does not pause during a pandemic. In fact, it ramps up. To learn more, join us or consider sponsoring our voting rights and arts event: Reprieve: a night of art, activism, and celebrating the right to vote on October 21, 2020! 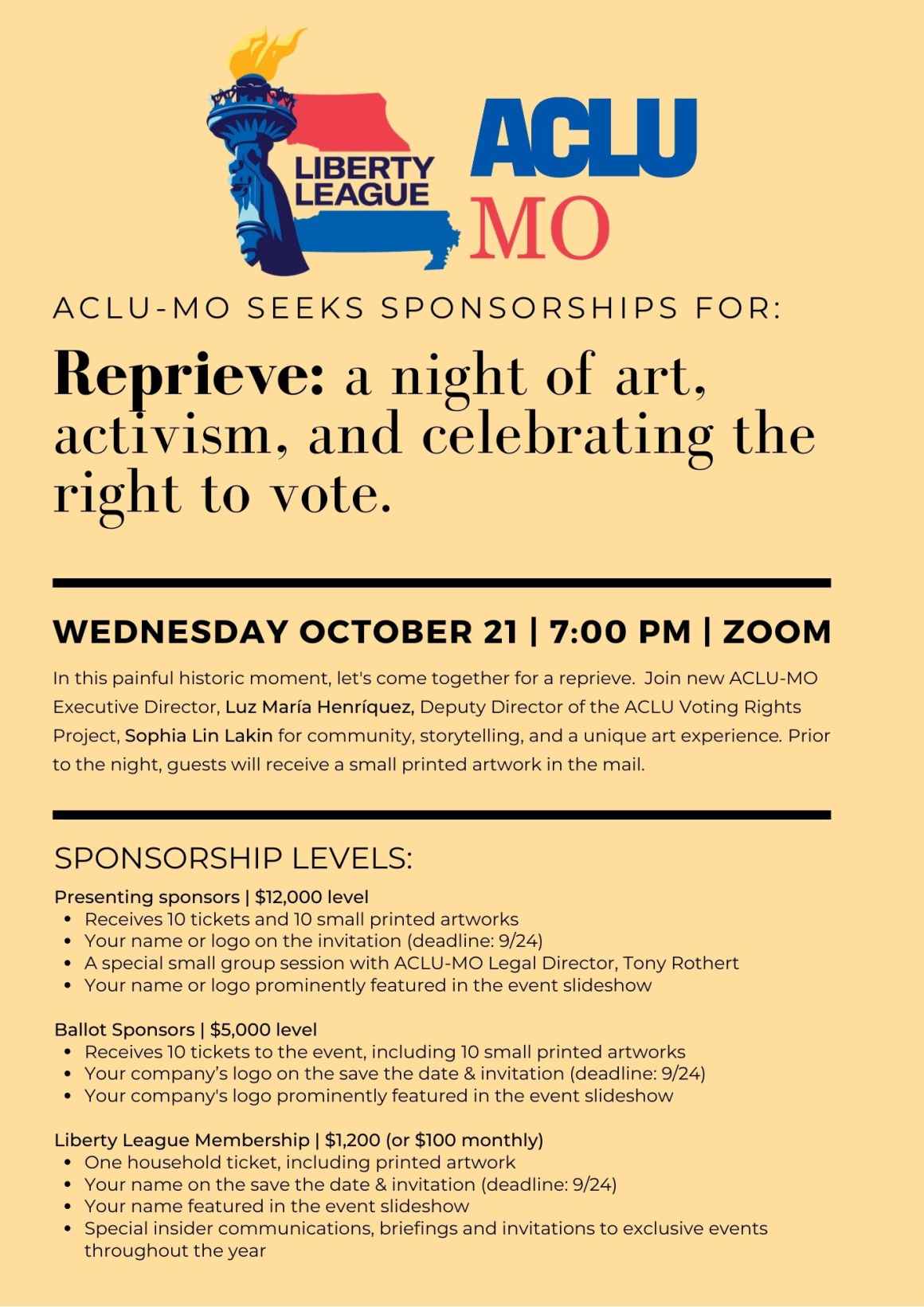 Liberty League Members commit to ensuring that the ACLU of Missouri has the resources we need to grow our most important work.

To join or invite others to join, ask Nicole Rainey (Development Director) for details. Nicole can be reached at (314) 669-3419 or nrainey@aclu-mo.org.