The ACLU of Missouri, a member of the Privacy Watch Coalition, celebrates 8th Ward Alderwoman Annie Rice for the reintroduction of Board Bill 31 (Community Control over Police Surveillance) which would require public oversight of surveillance technologies. 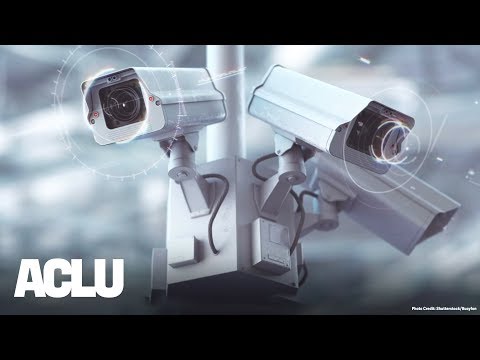 Surveillance technologies frequently target communities of color. Spy planes, shot spotters,  automatic license plate readers, facial and voice recognition programs all represent growing areas for police surveillance. BB 31 is a commonsense measure that sheds light on how these technologies are used, places checks on technologies residents do not wish to see used in their communities, and applies oversight of this emerging field to ensure police accountability.

Across the country, the use of surveillance technology is on the rise. This includes facial recognition, the ominous invention of police robot dogs, and in St. Louis, two thwarted attempts to place spy planes above the city 18-hours per day.  The St. Louis Board of Aldermen should join 20 other cities in passing this important legislation to protect its residents from government overreach and abuse.

Surveillance technology is frequently problematic. With the increase of police departments using facial recognition technology, there have been several misidentifications sending innocent people to jail. Recent examples in New Jersey and Michigan are the cases of Nijeer Parks and Robert Williams, two black men who were misidentified by facial recognition technology resulting in thousands of dollars in legal fees and time in jail.

Closer to home, a recent audit of the city’s surveillance technologies demonstrated that the city has spent nearly $4 million on watching its residents over the last three years with no comprehensive analysis on if the programs work and if they are discriminatory. In 2015, prosecutors dropped charges in multiple robbery cases rather than explaining how city police used StingRray technology, a tool that has the power to scoop up data from all surrounding cell phones. Improving public safety means ensuring that our dollars are invested in systems that work and protecting our constitutional liberties from government overreach.

Alicia Hernández, a community organizer with the ACLU of Missouri noted,  “Surveillance technology has been rife with abuse throughout history, especially in black and brown communities. Whether the data is being sold to private companies or governments are using it to spy on residents who are in no way implicated in criminal activity the current laws do not protect you from these violations of your privacy and civil rights. We need guardrails and transparency in place as this rapidly encroaching, untested and unregulated technology sweeps across the nation.”

Inez Bordeaux of Arch City Defenders stated "We're in a new era in St Louis, an era where we focus on re-envisioning public safety by investing in people and neglected communities instead of over-policing and surveilling them. This Board Bill is a great step in making sure the wishes of people in our communities are heard about what they do and do not want in their neighborhoods."

During a rally in support of Board Bill 31, this past Saturday Mayor Tishaura Jones affirmed support for these protections stating “ We deserve to have this technology regulated and accountable to the people who are being recorded.  This isn’t just about accountable technology, this is about racial equity and ensuring our Black and Brown people can walk in their own neighborhoods without being recorded or mistaken for somebody else.”