Missouri is Trying to Bar Me From My Father’s Execution. Governor Parson Must Intervene.

My father Kevin Johnson, Jr. was sentenced to death for a crime committed at 19 years old, but the state is preventing me from attending his execution because I am that very age. 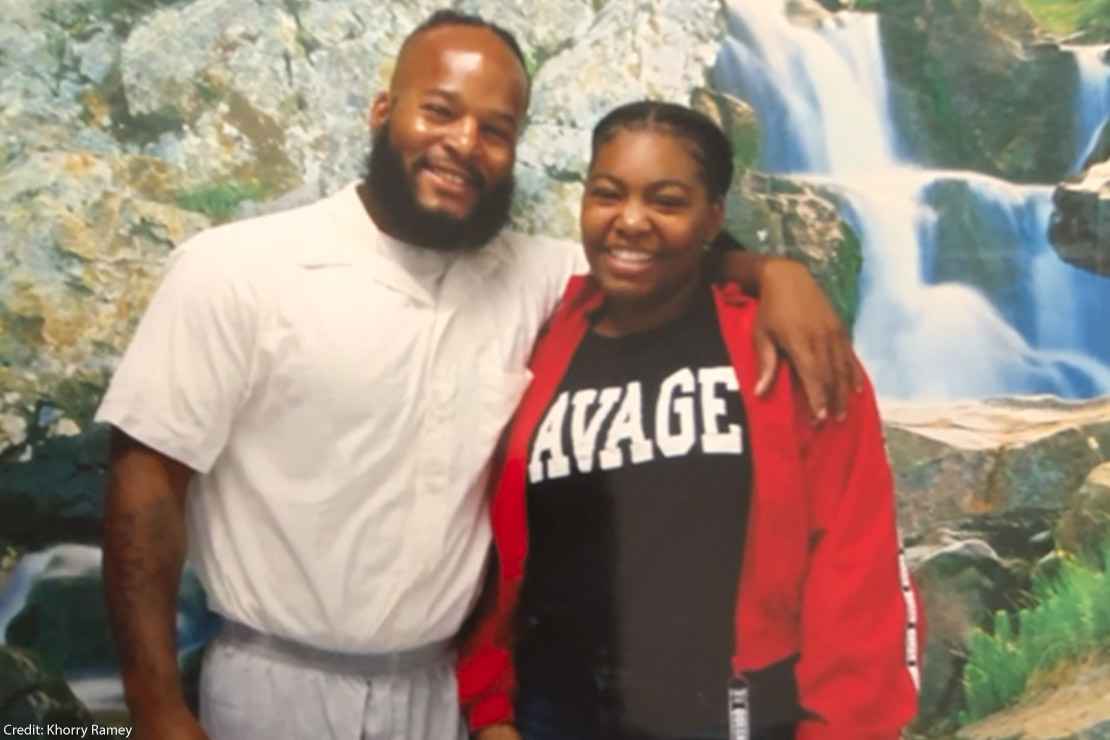 Corionsa “Khorry” Ramey is the daughter of Kevin Johnson, Jr., who is scheduled to be executed on Nov. 29, 2022 by the state of Missouri. On Nov. 21, 2022, the ACLU brought a lawsuit on behalf of Khorry, challenging a Missouri law that bars people under the age of 21 from being witnesses at an execution. Kevin included Khorry on his witness list, and she wants to be there. On November 25, a federal court denied Khorry’s request. Here, Khorry explains why she wants to be with her dad in his final moments.

My name is Khorry Ramey, I’m currently 19 years old. I am a new mom to my baby son Kaius, and I work as a nursing assistant in the St. Louis area, where I have lived my whole life. In 2005, when I was 2 years old, my father, Kevin Johnson, Jr., was arrested and charged with capital murder for the shooting death of William McEntee. My father was convicted and sentenced to death. In 2007, when I was 4 years old, my mother, Dana Ramey, was murdered in front of me by her ex-boyfriend.

My dad has been my only parent for almost all my life, and he is the most important person in my life. For as long as I can remember since his incarceration, I went to see him as often as family and friends could take me to the prison, and I speak to him by phone at least once a week. I also correspond with him several times a week through the Missouri prison system’s email and tablets, as I can afford it.

From prison, my dad arranged to have an academic liaison with my school so that the school could update him on my grades and my performance. He monitored my assignments and grades until I graduated from high school in 2020. Throughout my years in school, he encouraged me to study and complete my high school studies, and held me accountable to try my hardest in class. My dad continues to encourage me to pursue my educational and career ambitions as a nurse.

My dad has given me advice and guidance on my personal relationships, family relationships, and life choices. There is not anyone else in my life who understands me the way that he does.

I gave birth to Kaius in September 2022, and my dad is my biggest source of support, advice, and love as I navigate adjusting to being a new mom. On Oct. 18, 2022, I was able to visit my dad with my baby son so that they could meet each other. My dad was able to hold his grandson, and we were able to get photographs taken together. It was a beautiful but bittersweet moment for me, because I realized that it might be the only time that my dad would get to hold his grandson.

I recently learned that Missouri law won’t let anyone under the age of 21 witness an execution. I am 19 years old, and except for not being allowed to buy alcohol until I am 21, it is my understanding that I am considered an adult for all other purposes in the eyes of the law. My dad has listed me as a witness he wants present at his execution and asked me to be present. As his only child, I want to be a witness to his execution.

I am my dad’s closest living blood relative, and he is mine, other than my baby son. If my dad were dying in the hospital, I would sit by his bed holding his hand and praying for him until his death, both as a source of support for him, and as a support for me as a necessary part of my grieving process and for my peace of mind.

I have suffered so much loss in my life. It is excruciating to know that I am about to lose my dad all over again when the state kills him, yet I cannot be present for his death simply because of my age. The fact that I will not be able to give him comfort and experience any sort of grief and closure for myself, for no other reason than my age, is a new and fresh loss, and a total injustice.

My dad was 19 years old when he tragically killed another person, as I am now. If the State of Missouri thinks that my father’s actions at age 19 make him mature enough to be executed, then it makes no sense that under Missouri law, an adult who is 19 is not mature enough to be present at that person’s execution.

I hope and pray that the Missouri Gov. Michael Parson will grant clemency to my dad. He is a good father, and he has worked very hard to raise me and become a good man in prison.

But if there is no clemency for my dad, and the state of Missouri goes through with my father’s execution, then the state should be ordered to let me be present at his execution now, despite the law. Or the execution should be delayed until I am at least 21, and under Missouri law, finally able to be a witness when the state takes my only living parent away from me.

The harm that I will suffer if Missouri officials bar me from attending my father’s execution for no other reason than my current age is deep and cannot be fixed. Gov. Parson, please do the right thing.