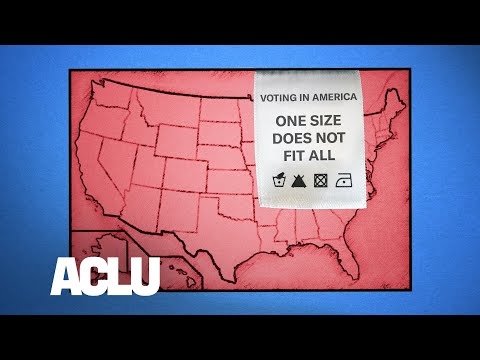 In the midst of a global pandemic when more people than ever are casting a ballot outside of their Election Day polling place, Missouri has constructed barriers to the ability of people to request and cast an absentee or mail ballot, and then have that ballot counted. The case, filed in the U.S. District Court for the Western Division in Missouri, seeks relief for aspects of Missouri’s absentee and mail-ballot provisions, specifically differing rules for requesting and returning mail-in ballots compared to absentee ballots; and rejection of absentee and mail-in ballots for minor deficiencies in ballot envelope forms, without consistent notice and cure guarantees for voters.

In June 2020, Missouri, which only allowed people to cast an absentee ballot if they could proffer one of a limited number of excuses, temporarily extended opportunities to vote absentee, and also created a new category of remote voting (referred to in the state as “mail-in voting”) that is open to all registered Missourians in 2020 due to the pandemic. The law restricts how mail-in ballots may be requested and returned that do not exist for absentee ballots, increasing the risk that people who vote a mail ballot will be disenfranchised this November, and fails to provide basic procedural safeguards to prevent rejection of mail and absentee ballots.

Missouri allows absentee and mail ballots to be rejected for minor errors not material to the voter’s eligibility and fails to ensure voters have opportunities to correct errors or omissions on their ballot envelope statement. Eligible voters can have their ballot rejected without notice or opportunity to cure defects—and may never learn their vote was not counted. While some jurisdictions attempt to alert voters to such deficiencies, there are no required procedural protections prior to rejecting a voter’s mail ballot, leaving many Missourians no means to cure ballot envelope statements without having to travel to their local board of elections in person. These burdens on the right to vote already disenfranchised scores of voters during the August 2020 elections, including first-time voters, Black and brown voters, and older voters, some of whom were quarantined in senior living facilities.

Plaintiffs seek declaratory and injunctive relief for Missouri voters on these issues in advance of November’s election: allowing mail-in voters to request and return ballots in the same manner as absentee ballots, enjoin rejection of ballots for non-material deficiencies on the ballot envelope; and give voters opportunities to notice and cure any deficiencies.

The voting rights and public interest organizations involved in the lawsuit issued the following statements in response:

Rev. Cassandra Gould, Executive Director of Missouri Faith Voices: “In Black and other communities of Color in Missouri, the onset of the pandemic meant a struggle for access to life or death COVID testing due to no clear direction from elected officials. As people of faith, leaders at Missouri Faith Voices and other community partners were overly burdened with caring for the most vulnerable residents of Missouri. This election season is no different. Our communities are struggling to access democracy due to negligence of those responsible for ensuring all voters have uninhibited access to the ballot box. For Missouri Faith Voices these are both moral issues. We will continue to work to ensure that democracy is not impaired, but we also believe that elected officials have a moral responsibility to all of the residents of Missouri and we will work tirelessly to hold them accountable.”

Jamala Rogers, Executive Director of the Organization for Black Struggle: “The pandemic has uprooted our lives in ways we never imagined and that includes the voting process. It appears that instead of trying to make this critical process safe and seamless, government officials have added a layer of stress and vulnerability, especially for African American communities. Neighborhood mailboxes being removed, polling sites closed abruptly, confusion around mail-in voting are just a few examples of barriers that Black voters are facing in 2020. This is unconscionable.”

Keith Robinson, President of the A. Philip Randolph Institute’s St. Louis Chapter: “In the midst of a global pandemic that has disproportionately impacted Black and Hispanic individuals, Missouri is constructing unnecessary barriers to the ballot that are forcing people to decide between their vote and their health. This violates the basic promise of a democracy. While APRI St. Louis is committed to helping individuals navigate the absentee and mail voting systems, it is incumbent on the State of Missouri to do better.”

Patricia A. Jones-Macklin, Vice President of the A. Philip Randolph Institute’s Greater Kansas City Chapter: “When it’s citizens are struggling to remain afloat in the midst of a public health emergency, economic downturn, and record unemployment, Missouri should be making voting easier, not harder. The fact that Missouri has constructed what are sometimes insurmountable hurdles to people being able to vote by mail or absentee is indefensible. And, as past experience has shown this will result in disproportionately silencing the voices of Black voters and other voters of color. We will fight Missouri’s system of voter suppression and continue to work for an inclusive democracy.”

Ellen Alper, CEO of the National Council of Jewish Women St. Louis Section: “Voting policies in Missouri have disproportionately impacted many groups of individuals, including, but not limited to seniors, people of color, disabled, those at greater risk of COVID complications and more.  We need to assure that every vote counts, no matter how it is delivered to the local election authority.  It is incumbent upon all of us to make sure that everyone who is eligible to vote can cast their ballot in a way that they feel safe. Since our founding in 1895, NCJWSTL has worked to promote voting rights by advocating for women’s suffrage, the Voting Rights Act of 1965, the Motor Voter Act, and beyond. NCJWSTL believes that our vote is our voice, and our democracy is at its strongest when every voice is heard. This lawsuit is critical to make sure that voting rights in Missouri are protected and that every vote is counted.”

Denise Lieberman, General Counsel for the Missouri Voter Protection Coalition: “Hundreds of thousands of Missouri voters – disproportionately voters of color, first-time voters, seniors, and other vulnerable populations - will need to cast their ballot remotely in the November 3, 2020, election. Voter advocates in Missouri urged lawmakers to take steps to ensure all voters could safely access and cast ballots amid this pandemic. Instead, Missouri implemented a needlessly restrictive, confusing, and complicated mail-voting scheme. Missouri's needlessly restrictive and confusing rules and lack of basic notice and cure opportunities will cause valid Missouri voters to have their ballots rejected for reasons such as mail delays outside their control or minor mistakes unless the courts step in to ensure all valid votes can be counted.”

Naila Awan, senior counsel at Dēmos: “At a time when people are struggling to find work and keep their families afloat, Missouri has chosen to make what should be the simple act of casting a ballot unnecessarily complicated and burdensome. It has elected to construct a system of voting that we know will make it harder for Black and first-time voters to have their voices heard in this November’s election. And it does so in the midst of a global pandemic that has sharply exposed the systemic inequalities that exist in our nation. This is antithetical to the basic understanding of how a democracy should and must function.”

Tony Rothert, legal director of American Civil Liberties Union of Missouri: “As November approaches Missouri’s years-long campaign to make voting difficult is running headlong into the state’s blundering response to the pandemic. Because Missourians’ right to vote is endangered, we are headed to court.”

Kristen Clarke, President and Executive Director at the Lawyers’ Committee for Civil Rights Under Law: “Missouri is known as the Show-Me State, which may explain why the secretary of state and election official’s actions show so little regard for the absentee voting rights of millions of their citizens. By rejecting mail-in ballots for trivial reasons, state officials are depriving Missouri citizens of their right to participate fully in the election amid an ongoing public health crisis.”