We work to ensure that lesbian, gay, bisexual, and transgender people can live openly without discrimination and enjoy equal rights, personal autonomy, and freedom of expression and association.

You can help fight this bad legislation and ensure as a state that discrimination is wrong and that everyone have the same opportunities to participate — that must include transgender youth.

This year, the Missouri legislature introduced more anti-LGBTQ bills than any other state legislature in the nation. The ACLU of Missouri fought these 25 bills and amendments—and won. Through one of the most challenging sessions for LGBTQ rights, the LGBTQ community came out in droves to have their voices heard under the dome.

From thoughtful testimony given at hearings that ran past midnight to helping amend legislation that would reaffirm LGBTQ protections to opposing gender marker challenges and attacks on transgender youth, this year’s session was hard. In its 22nd year of introduction, MONA was not given a hearing to expand protections against housing, employment and public accommodation discrimination for LGBTQ Missourians. 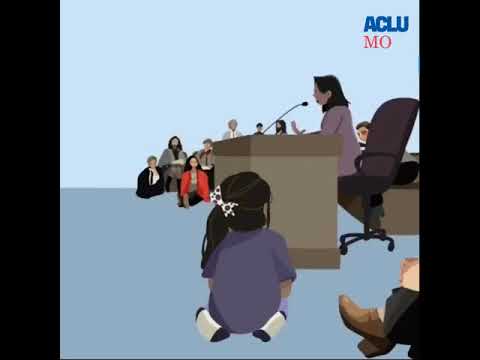 For ten days beginning October 1, 2018, the ACLU Transgender Education and Advocacy Program launches a statewide campaign to coincide with National Coming Out Day. This project, Raise Your Voice, calls on allies across the state of Missouri to get involved and "come out" as vocal allies for TGNC people throughout Missouri.

Learn more about Raise Your Voice.

For more than two decades, political, legislative, and media attacks on transgender and gender non-conforming Missourians have been front page news. The need for public education to counter these dangerous attacks has never been more clear, and we know that transgender people and their families are the most effective educators and the best advocates for their issues. In the case of Missouri, since the Missouri Non-Discrimination Act (MONA) was first introduced to the legislature in 1998, it has been stalled by lawmakers. The LGBTQ community has fought back despite the question of legal protections over our bodies and experiences of struggle being continually cast aside.

The ACLU Transgender Education and Advocacy Program (TEAP) was created nationwide to give Trans and Gender Non-Conforming people a powerful place from which to advocate for themselves. The ACLU of Missouri started this program in our state to empower local trans communities and to help cis (or non-transgender) Missourians learn how to be better allies to this targeted group. To combat the backlash against transgender people and continue to make progress towards full equality, we must educate the public, the media, and lawmakers. We need to be telling complete, joyful stories of who transgender and gender non-conforming people are, why anti-transgender policies are harmful, and how we will no longer wait to be included in the communities that are granted legal protections in their home state.

The primary aim of the Transgender Education and Advocacy Program is to make Missouri a more inclusive, welcoming state for all its residents. We do this by working to shift the climate towards survival and thriving for trans and gender non-conforming Missourians. We do this by advocating for transgender Missourians statewide, working to identify and empower local trans activists and advocates, and to promote leaders in the grassroots transgender community. We help find ways the ACLU can support grassroots organizing efforts by hosting community listening sessions, as well as providing training, support, organizational tools, and educational outreach. 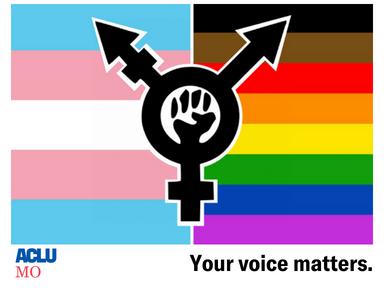 If you would like to join the fight or share your story to help further Transgender Rights in Missouri, or you can fill out our Trans and Gender Non-Conforming Experiences Survey. 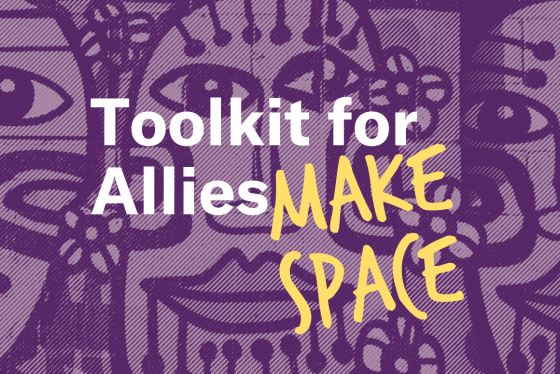 The Housing We Deserve: On Finding Trans-Affirming Shelter in...

Conversion Therapy Harms Missourians and Must Be Stopped

Commit to Being an Ally