COVID-19 is spreading rapidly in Missouri jails and prisons 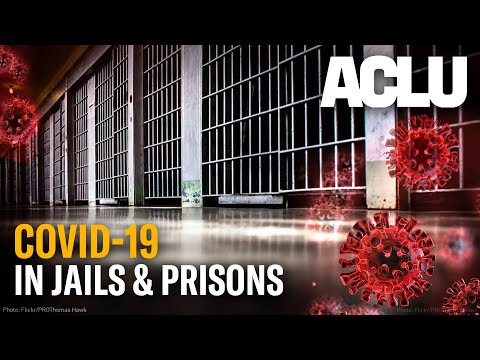 The best way to combat the spread of COVID in prisons and jails is to drastically reduce the state’s prison and jail population giving particular consideration to individuals who are elderly, immunocompromised, pregnant, or whose release poses minimal risk to the community. Unfortunately, Missouri has done the opposite. Though the state initially called for reductions in our incarcerated population with many of our largest counties taking heed and releasing non-violent inmates or the elderly or those near the end of their sentence, as of this writing, those efforts have dwindled in counties like Greene and Boone and reversed in Jackson County, which holds thirty more people today than it did on March 28th.

Failing to continue to reassess and decrease jail populations has led to dire results, particularly in Greene County.

As of August, 27, 101 inmates and 46 staff have tested positive for the coronavirus in the Greene County Jail.  Reports affirm that Greene County jail did not provide PPE until after positive cases were confirmed and not enough PPE to replace when no longer useable. The nature of the facility left those incarcerated without any ability to social distance due to close-quartered cells or and the side of their trailer park facility, a former parking lot next to the Greene County Jail has six 52-foot semi-trailers that house inmates. Lack of PPE for those incarcerated is particularly callous when we know inmates in job training programs are currently working in sewing factories making fabric face covers, hand sanitizer, and face shields for the public.

Unfortunately, Greene County is not an outlier as we see outbreaks in jails and prisons across the state. At the start of the COVID-19 pandemic, we began collecting daily prison and jail inmate data from counties across the state. As of August 7, over 220 inmates, about 20% of the inmate population, and over 23 staff had been positively infected with COVID-19 at the women’s Chillicothe Correctional Center—the largest outbreak in the state. In Missouri, 18 of the 22 facilities statewide has reported COVID cases among inmates, staff, or both, and as of Aug. 7, 23,095 Missouri prisoners have been tested, and 403 prisoners have active cases of COVID-19[SB1] . While Missouri is mass testing at most of the state’s adult prisons, that mass testing means nothing if the facility continues to face repeated introductions of the virus do to lack of care when transferring inmates or inadvertent introduction from staff who are allowed in public.

At the beginning of COVID-19, Greene County, Jackson County, St. Charles County, St. Louis County, and St. Louis City lowered their populations by an average of 12%--those numbers reaching over 20% for St. Louis City and St. Charles County. The trend continued across the board in April with Greene and St Charles Counties implementing a double-digit decline and Jackson County reducing its population by nearly 8%. Unfortunately, over the coming months, these rates would reverse or become steady in every county.

In March we called upon Criminal Justice stakeholders to be proactive in fighting the spread of Covid-19. Today, we reiterate that call.

We cannot stop the spread of COVID-19 if we ignore the hardship it places on incarcerated Missourians and their families.

We call for the following actions:

Police should stop arresting people for minor offenses and in other circumstances issue citations or desk-tickets in lieu of arrest so that people can return home, balancing the need for arrest with the overwhelming public safety concerns presented by coronavirus.

Prosecutors should avoid cash bail requests and move for release in all but the very few cases where pretrial detention is absolutely the least restrictive means necessary to ensure a person’s return to court. They should also institute a review-and-release protocol in cases which bail was already sought in the past 30 days and the person is currently detained.

Judges should allow anyone with an open criminal case and upcoming hearing the chance to voluntarily waive that hearing or conduct that hearing via telephone or video conference.

Sheriffs should ensure that facilities are as empty, safe, and clean as possible and that hygiene products are free and readily available to incarcerated people and staff.

Probation and Parole Agents and Parole Boards should expedite and expand release opportunities for incarcerated people, reducing the population in prisons as recommended by health experts. Boards should institute a presumption for release for all people who have a parole hearing scheduled in the next two years.

To call your local officials and demand change click here.